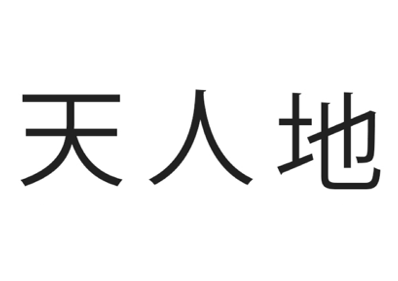 My spiritual journey starts at age seven. When I’m playing with my Barbie dolls, who’s playing with me? It’s the first glimpse of what I later discover to be the trinity of Heaven, Man and Earth that resonates best with me. All these questions and they all need answers. So I set out on my explorations. I do things my way.

Then I delve into books about the religions and the occult at 21. I wonder if we are like branches from the same tree, replenished with water from the sky while firmly rooted in soil. Intrigued by what some call wishy-washy, I dabble my feet in yoga (it’s hilarious), meditation (listening to a disturbing silence, really?) and I plough forth curious to make sense of it all.

When boredom hits I move as far away as possible in search of greener pastures. There Feng Shui (Wind and Water or Earth in the trinity) comes my way and things fall in place. Taught by the Masters about Qi, Yin and Yang and the five elements I find practise makes perfect and I start my business Philamonk.

After settling down, I wake up in 2012 and go cold turkey on the prescribed life and quit my BS job to write a novel. Meanwhile, metaphysic studies continue and through my editing of Bazi (Heaven in the trinity) books I realise I’m quite knowledgeable. I have mastered some yoga poses and welcome the silence.

Here I am, at the start of my second half of life, embarking on yet another adventure. I wish for humanity that we’ll learn to understand ourselves better and thus each other so we can work together in well-matched groups to progress spiritually rather than materially. I (Man in the trinity) have a role to play.

WHEN humanity wins, THEN we live in FREEDOM.

IF the tried and tested formula of Problem – Response – Solution is used: VIRUS – FEAR – VACCINE (in favour of big pharma and big brother),
THEN, the virus was deliberately introduced.

IF the virus is created,
THEN there is biological warfare at the expense of humans.

IF the MSM avoid critical questions and dismiss criticism as a conspiracy theory,
THEN there’s only one opinion left: that the proposed solution should be accepted at all costs.

IF the news is the same everywhere,
THEN there is reprehensible journalism.

IF mankind is terrified and wants to live in voluntary captivity instead of a free world,
THEN the propaganda machine has done its job.

IF freedom of speech has been restricted by self-censorship,
THEN man is SLAVE.

WHEN there is a conspiracy,
THEN we need to get to the bottom of it.

WHEN the virus is spontaneous,
THEN it will disappear again.

WHEN the virus is gone,
THEN our immune system has done its job.

WHEN humans open their eyes,
THEN we’ll see through the game.

WHEN humans understand the game,
THEN we can play.

WHEN humans play along,
THEN cheating will be punished.

WHEN the cheaters are punished,
THEN we have won.

WHEN humanity wins,
THEN we live in FREEDOM.